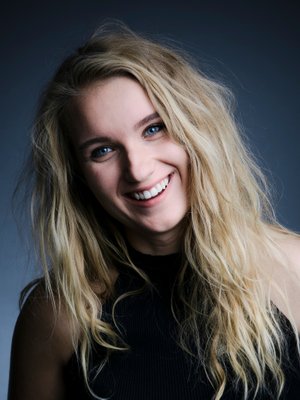 After growing up in a small town near the German city of Cologne, Marla decided to spread her wings and spend an Au Pair year in Chicago, USA. In Chicago, she took an acting course at Second City. The year 2019 saw her following Masterclasses in London with Mel Churcher at Pinewood Studios and Giles Foreman.

Marla is now in Munich for her acting studies at the München Film Akademie (mfa) and graduated from the 4-year program in October, 2021.

Then, it’s time to spread her wings once more: Marla looks forward to moving abroad and explore new places.
Growing up in a very bubbly and artistic family, Marla started playing the piano at the age of 4 and also discovered her passion for singing. She is a keen horse rider as well as an enthusiastic skier and snowboarder.